Quotations Overture for Your Reading Pleasure


"In examinations, the foolish ask questions that the wise cannot answer." -- Oscar Wilde

"Nothing . . . is certain, except the insignificance of everything I can comprehend and the grandeur of something incomprehensible but most important." -- Prince Andrei, War and Peace

"You won't even say your name." -- Vampire Weekend

3. Does the school use testing to evaluate the performance of its teachers and students?

Every worthwhile thing I have to say about exams' ability to measure learning or teaching is encapsulated in the quotations above, so if you're in a rush, you're free to go. And if you're really in a hurry and are looking for a suitable school, and the answer to the question above is "Yes," keep looking!

Because our topic today is the value of testing, let's begin with the opening statement concerning the Florida Standards Assessments on the Florida Department of Education's website:

My staff and I originally thought the sentence contained a subject-verb agreement error, a particularly heinous blunder in the eyes of grammar Nazis (not the ones in the 1940s). But the state's ironically named Department of Education could claim that "Florida Standards of Assessments" is the name of a singular branch, and thus rightly takes the verb "serves."

Still, this beaver dam of bureaucratese is so cluttered, only another bureaucrat would willingly crawl through it.

In addition to the off-putting syntax, there is a major logical fallacy, one we like to call "begging the question," or, if you're from ancient Rome, "petitio principii." When a writer begs the question, he begs his reader to assume a conclusion is true based solely on the writer's claim in the absence of evidence.

Here's a workable example of begging the question from nikor.org: "If such actions were not illegal, then they would not be prohibited by the law."

The FSA statement claims "the Florida standards are in place to help Florida students succeed." What is their definition of "succeed"? To pass an exam? To get a good job? To live a long and joyous life?

The statement closes by claiming to serve "Florida students by measuring education gains and progress." Serve them in what way? How does "measuring" serve them? How do the FSA exams measure gains and progress? How can education be measured? In short, a statement that claims to accomplish something but only evokes questions, says nothing.

Let's try to answer some of the questions posed by the FSA statement.

If we start with the exam on the student's desk or computer screen, then try to find its source by going backwards in time, we will eventually fall into a deep and probably dark hole.

Who wrote this exam? What were her qualifications? Was or is she a teacher, and if so, did or does she teach the grade level and subject matter in which this exam is given? Who hired her and from what applicant pool? In what way did she surpass her fellow applicants? What are the qualifications of the person who hired her, and how did she get her job?

Who determined which standards would help students succeed? What input did teachers have in that process?

Who grades the essay exams, and what are their qualifications? Who created the criteria for grading them? How much does it cost a school district or state to hire them?

As we approach the aforementioned dark hole, would we find an elected official who attained her position by blowing logical fallacies past a credulous, trusting constituency?

Wait. Do I hear you saying that some of the people responsible for our lifeless educational system are the very ones who profit from it? That they were elected by grownups who were taught how to pass exams on standards as opposed to how to think critically and to recognize logical and emotional fallacies? Is that what you're saying?

I'm sure the reader is just being paranoid, so let's move on -- before you choose your school -- to a brief look at what this system can do to teaching.

Practically everything I've said so far has been factual, and not just my opinion. The following, though, is my opinion based on over 35 years of experience.

A tiny percentage of human beings are born with the ability and the desire to be an effective teacher. Nature provides them with such traits as careful listening, endless patience, a desire to nurture, a healthy curiosity, a need to be liked, and many more.

Nurture provides an imperfect environment that the teacher-to-be wants to improve. The majority of us had some atrocious teachers in our childhood, sometimes including parents and clergy. Thus, we are driven to use our lives to undo that wounding.

Not all of this tiny sampling will ever grow up to be teachers. Some are killed in accidents or war. Some are bought off by other institutions. Some can't afford to teach. Some are insulted by college courses in education and flee to a less inane profession, even if it isn't their calling. Many give up the profession when they learn the current reality of public schools.

So we're left with very few great teachers, quite a few good ones, and many who just go to work every day because it's a job and they must. Many of the latter have absolutely no idea how to teach anything and they're not too fond of kids, but they hang on like grim death until retirement kicks in.

So you take this already diluted demographic and add the shackles of teaching to tests and its subsequent removal of intuitive, creative teaching, then throw in a system that, through testing and teacher observations, insists on homogeneity, requiring teachers to teach the same thing, the same way, at the same time, and you've just turned Orson Welles into Judd Apatow and Michael Bay.

And what sort of students are expected to thrive in these conditions? How would Thomas Jefferson* (hereafter TJ) do, for example? He would've made lousy grades, and in fact he probably would've flunked out.

He would've skipped school several days a week, busying himself with practicing violin, building Neo-Classical style college campuses out of Legos, planting and nurturing a garden, and tending grapes with which he would make first Kool-Aid, then wine.

Take a look at the diminished class offerings in the wake of test fetishism. Interesting, stimulating, specialized, in-depth electives? Gone. So where would TJ go, for example, to learn the Greek, Latin, French and King James English he would later use to create his own version of the Gospels?** 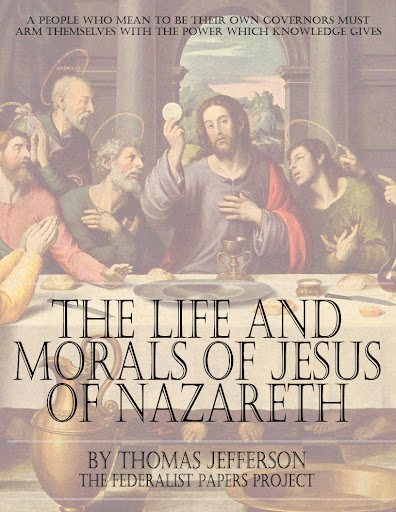 Nowhere. On the days he could force himself to attend school, he would've sat through countless hours of preparing for a test he could have aced while asleep. His teacher's instructions about test strategies would quickly progress from boring to painful.

The tests themselves, apparently written by people roughly six times dumber than Jethro Bodine, could neither monitor TJ's progress nor detect his genius. What they would do is prevent Jefferson from learning (at least in school) that which cannot be tested, the only thing of any real value.

I've heard many people ask, "Where are the Thomas Jeffersons today?" Our assembly-line school system chased most of them away a long time ago. They're somewhere else now, their dismissed or neglected genius drying up, in the words of Lorraine Hansberry, like a raisin in the sun.

Reflecting on this problem always brings to mind Joan of Arc, Anne Holmes, the Book of Exodus, Zen Buddhism, and my former students who***

*Editor's note: Before the reader goes all bat-shit, allow me to point out the author is aware of our third President's moral indiscretions with his unpaid work force. The present issue is genius, not morality.

**Spoiler alert: He omits all the miracles. He was a rationalist.

***Editor's note: The author promises to complete this sentence in his next post, which he also hopes will be shorter than this one.