The Gathering of the Book Club

Howard Desseray (a local abductor) was experiencing a textbook version of existential angst. He had to choose: Either continue reading Kierkegaard's Either/Or, or lay down the book by his live-in partner Tally's* Fanny Hill and tell her his book-club story, responding to a request she made in a previous post.

After much fear and trembling, he made the leap:

"Tally, it's hardly worth telling. The theme is 'I don't think book clubs will save America from its idea of literacy,' and such simplicity hardly deserves its own narrative.

"So I only went to one in order to abduct juice-bar heiress Joyce Carol Johnson's live-in son, the one she pretentiously named Virgil Marcel. Because I'm Facebook friends with Virgil Marcel's friend Rufus, I got all the info I needed for an invite.

"Due to my 1965 Buick Riviera's manifold problems, I arrived a little late and had to park on the road like rude people do, instead of back by the bathroom window out of which I had hoped to extract V.M. before placing him in the Riviera's trunk which included an assortment of French fin de siecle novels for his reading pleasure."

"In the name of all that is holy, Howard, get to your godforsaken story! I neither asked for, nor does your narrative require 20 minutes of exposition!"

"Sorry! My 'exposition,' as you call it, wasn't for you, but for the others.** Now settle down and listen. But first, get off your Fanny -- you'll ruin the book by sitting on it, even with your lithe frame and doe-like features.

"I walked into a comfy and appropriately dimly lit suburban home with Beethoven's 'Moonlight Sonata' playing softly from an invisible source. I can't be sure, but I think it was in C-sharp minor.

"Several grownups in casual wear were mingling in the den, or parlor, or drawing room, or salon. Most of the clubbers, if I may so name them, were women, and the few men attendees agreed with everything the women said, and, as I eventually learned, also seemed to share completely their taste in reading, and that's good, obviously.

"It's all coming back to me now, like some flashback in a bad movie, so I'm switching to present tense for immediacy.

"The clubbers are choosing between coffee (Peet's decaf) or Merlot or Sauvignon Blanc, and are politely yummying over a somewhat pedestrian offering of cheese cubes, broccoli florets, macaroons and ginger snaps. 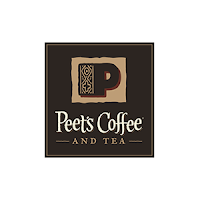 "'Let's get to our agenda,' someone finally says, and some guy starts being Mr. Noitall, and gives background on the author's childhood, the socio-economic conditions of the era, and why no one during that time would have been caught dead driving a Packard.

"Luckily, Virgil Marcel's massive friend Rufus sat next to me or I would have blurted out, 'Hey, Dr. Jackass! This is a club meeting, not a lecture hall. Sit your ass down so we can talk about this book!'"

"Glad you showed some restraint, Howard," Tally said. "That behavior is indecorous and unseemly and could've brought on some legal issues."

(Tally was almost certainly being sarcastic. Howard had spent more than a few days in the Big House due to his proclivity for abducting, so book-club crimes and punishments were small potatoes.)

"Anyway, when Harold Bloom-head finishes his commentary, 'sharing' starts to happen, a form of discourse that within seconds has me longing for Dr. Noitall Jackass's lecture. The sharing evolves into a self-help session, where people begin most of their sentences with 'I really connected with' and end with ' . . . really resonated with me.'"

"As the clubbers move decorously from broccoli to ginger snaps, some begin to shed rivulets of tears, primarily evoked by the plot's bringing back some 'pretty hurtful memories' and a very tall woman with huge hoop earrings dangling from her tortured lobes belts out, 'If I had known this book contained such events, I would've insisted on a less disturbing read!'

"At this point, a slender gentleman in new Birkenstocks agrees with her, provides the weeping reader a tissue for her tears, then offers a comforting hug from which she immediately recoils, insisting that she 'needs [her] space, in this moment.'

"The woman sitting next to her, who's wearing one of those tops that create the 'no bra' illusion, doesn't share her fellow reader's lachrymal woes, and claims the book made her feel 'wholeness' and 'empowered to confront [her] demons.'

"A woman named Cestrona rudely truncates the sharing-of-feelings phase when she points out a chiasmic sentence's effect in Chapter 12, then explains what chiasmus means.

"No one is particularly moved by this esoteric insight, and a hush falls upon the suburban home, marred only by the muffled mastication of granite ginger snaps and the whistling of  the Birkenstock man's loose dentures as he blows ripples across the surface of his Peete's decaf coffee.

"In my weary mind, however, I could also hear whatever beauty this book once had racing in terror from its pages."

Meanwhile, Tally was on her fourth Jagermeister and was fully aware that she would throw up in the morning, maybe twice.

With her heavy-lidded eyes staring joylessly into the fireless fireplace, Tally, with Sister Alcohol's thick tongue, slurred out her take on Howard's story:

"Nuther words, you see reading as a private activity more or less and don't wanna be told what to read because who cares what other people think about a book's meaning especially since its magic comes from what it says to you like scripture does to normal people and you can't share that shit in any meaningful way. You have all the makings of a hermit, a recluse, an intolerant, judgmental misanthrope, but I love you all the same.

"Also you never said how come you couldn't abduct Virgil Marcel. Now either get your hand off my Fanny or I'm gonna slap the shit out of you."

*Editor's note: Tally is what abductors call "a failed abduction," meaning once she was abducted, Howard loved her too much to let her go. Animal-rescue fosterers also use this term, btw.  Also, she was insulted and pissed off by the tight-fisted "reward" her wealthy dad offered for information concerning her whereabouts.

**Editor's note: I think he means the readers of this piece.
Posted by Roy Starling

Email ThisBlogThis!Share to TwitterShare to FacebookShare to Pinterest
Labels: Satire