Awakened by a Sleeping Teacher

Chop off the last paragraphs?
Back when I was telling you about Mrs. Poindexter, I mentioned her in the same sentence with another elementary-school teacher who I said changed my life. So here's that story.

For some reason, my family moved from Pinetta to Madison when I was nine, which meant I had the pleasure of leaving all my friends and former teachers such as Miz Audrey, Mrs Poindexter and the Avon Smoker's Toothpaste lady for an alien, urban setting (pop. 3,000, tops) and a class full of students I'd never seen before.

Imagine how this felt for an almost pathologically shy kid who had a skill of blending in perfectly with whatever wall he happened to be standing near. What else could I do but observe and memorize everything?

I remember, for example, that Miss Cottingham had a puffy face and heavy drooping lids that often drooped more drastically due to what was apparently narcolepsy.
She'd just drift off to sleep at the strangest times. When we got in a reading circle, she'd be peacefully purring in full slumber, sitting bolt upright in her wooden chair, by the time the third reader began mangling the English. Sometimes she'd be in the middle of a multiplication problem, and those heavy lids would close and she'd catch a quick nap while standing. Seriously.

We used her naps against her whenever we could. During one particular multiplication problem, for example, she awoke with a start and couldn't recall if she'd just carried the one or what, so she quickly jotted down an answer and tried to erase it, I guess, before we noticed.

Well, we had some smart kids in that class, and they weren't going to let her get away with it. A straight-A female (I mean, she got all A's is all I'm saying) said, "Wait, Miss Cottingham. I think that should be 356, not 248."

As the poor woman returned to the board and to the waking world, a kid named Ed, who could not get words to come out of his mouth sounding the way they were supposed to, rattled the windows by bellowing "HAW! OL' LADY TOTTINGHAM DAWN'T EVEN KNOW HOW TO MOLLIPIE!!"

That didn't go over well. Ed, a likable guy, really, who shared a resemblance to a smiling pit bull wearing large, thick-lensed, black-rimmed glasses, was sent outside to wait for our principal, Mr. Kinsey, to make one of his frequent strolls down the outdoor corridor the door opened to. Mr. Kinsey dropped by, of course, sent Ed down to his office to await his punishment in terror, then stepped into the class, took off his belt, doubled and popped it and asked, "Does anyone else have some funny things to say to Miss Cottingham today?"

We didn't! Mr. Kinsey scared us crapless! That belt cracked through the morning air like a coach-whip! My God!

One time, Miss Cottingham fell asleep at her desk, and we noticed she had slipped her shoes off, so the class clown crept up there, grabbed them and hid them in the storage closet in the back of the room. When she awoke, there was all kind of confusion, laughing, scolding, denying and Kinseyian belt cracking.

(I must pause here a moment to note that I have not been an actor, a doer, in my life story thus far, other than processing events that occurred in my presence. In fourth grade, though, I finally acted. In the boys' john, some fellow goober enticed me into seeing how many times the urinal handle could be yanked before the thing overflowed.

So, at a frenetic pace, I began the experiment while he counted. We must've been at about a dozen when we heard Mr. Kinsey's belt crack so close we could feel its shock waves ruffle our hair. My accomplice and I immediately felt the need to check out the other major plumbing devices in the room, and Mr. Kinsey, sensing that he was literally scaring the crap out of us, released us after a brief thunderous scolding.)

Early in the year, Ol' Lady Tottingham began a daily ritual. After we returned from having our daily horrible lunch, she would read to us, only occasionally briefly falling to sleep as she did so. I didn't care for this entertainment at all. One of the first books she read was, in my view, a real piece of crap called Sand in My Shoes which I found more irritating than sand in my pants.

Following this thrill-a-minute page-turner was Heidi which led to rich fantasies of jumping off the highest peak in the Alps. After this came Rebecca of Sunnybrook Farm which drove me to weep with despair and to be propelled by boredom so far down in my desk that my head was resting where my butt should be.

Then one day, after the joyless trudge back from the lunchroom, during which we filled the air with burps redolent of meatloaf, canned spinach and fruit cocktail in heavy syrup, Miss Cottingham began a new book, and after the first line, my life would change forever: "You don't know about me without you have read a book by the name of The Adventures of Tom Sawyer, but that ain't no matter."
So with that single sentence, this poor teacher, who woke up in the morning to go to work and fall asleep, awakened my sleeping imagination -- even though she didn't mean to -- which then opened a gate into a secret garden where I tasted a fruit that I savor even to this day.

Through Mark Twain's alchemy, Miss Cottingham and her soft voice disappeared. The book in her hand did, too. All that remained of The Adventures of Huckleberry Finn was Huck's voice talking to me. In some sense, I recognized his voice, I knew Huck and I loved him immediately.

From then on, I could hardly enjoy my fish sticks, beans'n'weenies, beets and overcooked unsalted stringy string beans for thinking about where Huck and I would go today. I ached with boredom while the Widow Douglas and Miss Watson taught us spelling and religion. I was stunned with a secret and perverse joy when Huck chose Hell and Tom Sawyer over the "good place" where he'd be stuck with Miss Watson for eternity.

When the real Hell showed up in the form of Pap Finn, I was terrified by his cruelty and ghastly appearance. I honestly believed I could smell the Mississippi River from Jim and Huck's raft, and I envied Huck's freedom to smoke cigars and drink coffee and not go to school and lazy around on the raft, gazing up at the starry night.

I became a ghost accompanying Huck through every page of his journey, an invisible companion, luckily immune from Pap's abuse and the King and Duke's evil chicanery.

As a somewhat enlightened old man, I know the last quarter of the novel is insensitive and I don't consider it great art. But as a 9-year old, I laughed my tail off about Tom's exploits there and Huck's snarky commentary on them and his grudging compliance.

After spending a few weeks with Huck after lunch, I decided to read the book myself. By then my family had, for some reason, moved back to Pinetta, a town so small it had no library (in fact, it had only a Baptist church, a Methodist church and a couple of gas stations in addition to our little school). But in the summer, Suwannee County Regional Library would send a bookmobile out into the backwoods. It came by my house every Thursday morning, and the first time I set foot in it, the driver-librarian lady showed me the way to Huck Finn, the Grosset and Dunlap version, illustrated by Donald McKay.


I believe it took me two weeks to read it, which isn't bad when you remember I lived deep in north Florida country where readers are considered lazy bookworms and I often had to indulge myself in this luxury when no grownups were around to order me to get my "nose out of that book and get to work in that garden."

The next summer, I read it again, the same copy off the same bookmobile. And the summer after that. And the next one, too. I kept this routine going until I began to worry that others might consider me weird for doing it. That's the only reason I stopped.

Each time I read Huck Finn, I lived inside it, so much so I had to consciously awake from that reality -- the way a dog flaps his ears to regain his post-nap bearings -- and was then stunned by the appearance of my "real" reality, the yard full of bantam chickens, a giant cedar, my dog Smokey sleeping on the porch, the Florida summer sun punishing the tin roof of my old house.

At a time when teaching was still the farthest thing from my mind, when I had never heard the word "literature," when I saw no connection between novels and education, when I was unaware stories had meanings beneath them, Miss Cottingham added a critical piece to the puzzle of my life.

Kierkegaard claims "Every human being comes to earth with sealed orders." Mine were steamed open while I was looking somewhere else, and they came unwanted and unexpected and from the most unlikely of messengers in the most unlikely of settings -- not on mountaintops or cathedrals -- and became apparent only long after they happened and made possible so much of my joy.

Maybe each of us has a guide forever walking next to us who, to borrow from Keats, speaks not to our sensual ear but to the one that hears the more sublime unheard melodies, a guide who prods and hints and tirelessly nudges us, trying to show us our core, our spark, maybe even our soul (if we have one), the thing that offers us an opportunity for authenticity and bliss, a little light so often smothered under a mountain of received platitudes and the manure of cultural and commercial idiocy.

And maybe we see our guide only through her footprints and can neither hear nor understand her till we grow old (if we're lucky enough) and sit and think and write about how it all came to pass.

Well, I  may never know. But I'm lighting out for the Territory, on the road to find out. 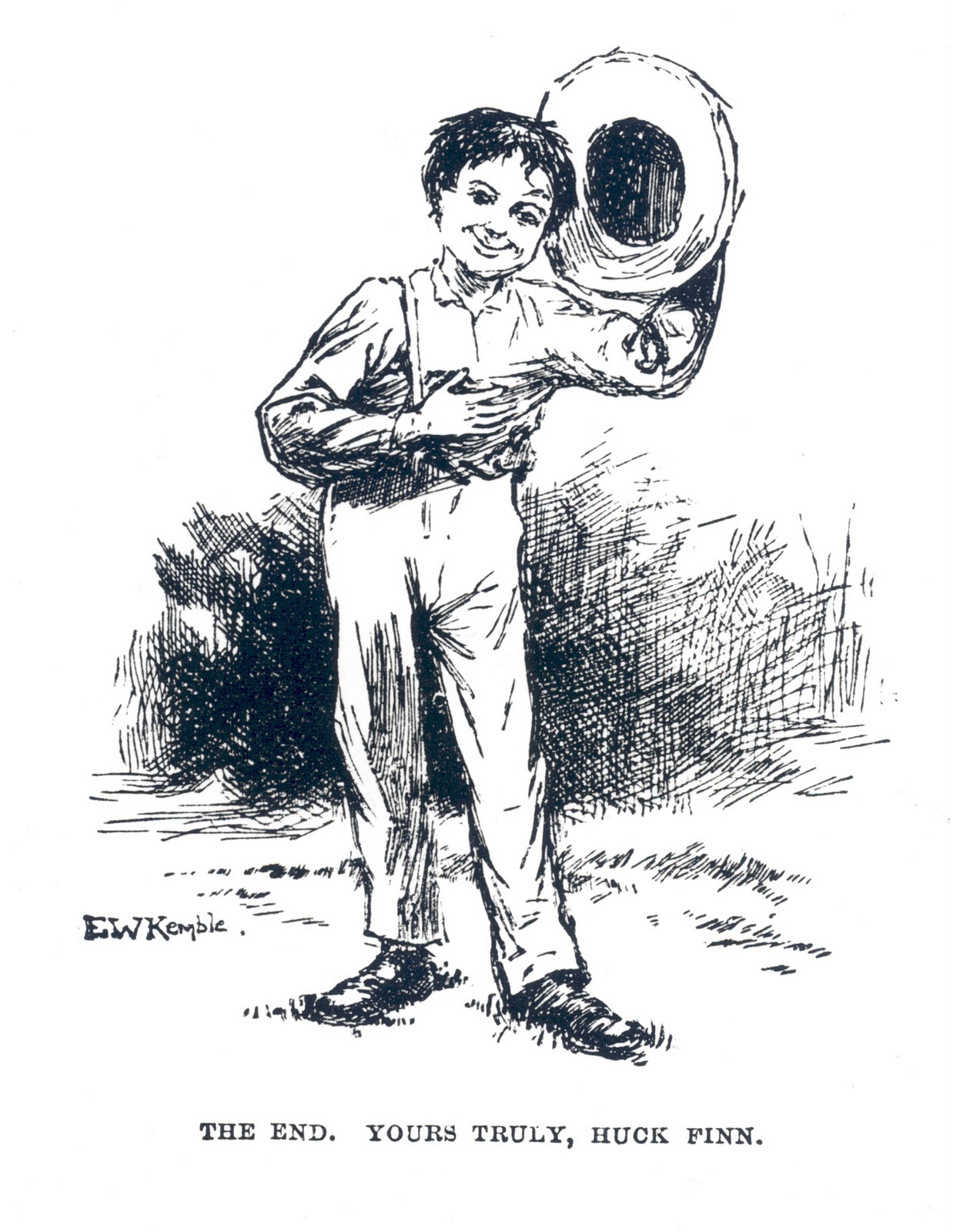